The plan described in my last blog post talked about going to Canada by sea, well Lake Erie at least. My wife and I hoped to go for two days, but the weather on Friday called for rain and thunderstorms.  40 miles is not far by land, but it requires special attention on open water. No way were we going to be caught in a squall like those 8 people in the 36’ sailboat who capsized in Lake Erie the week prior. So we cut the trip to a overnighter, and departed just after dawn on Saturday 9/14/2019. The day’s marine forecast indicated waves 1 to 3. And there was the usual chop around the Livingston Channel. Sharp 3 footers made for a bumpy ride.  Once in open water though, I say, these were bigger rolling waves. closer to a 5’. So we throttled the engines back for a more comfortable 2.5 hour ride.

FYI The boat could probably take a few more boards and sailors (Hint Hint to any you miwindsurfing’ers, let me know if this interests you!) 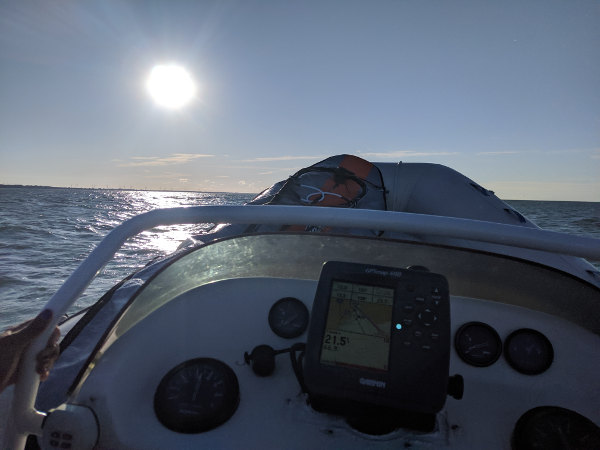 Once we arrived, we found more than I expected- 16 knots out of the west. I only brought my 7.7 sail. It’s really my only option until I buy another sail. But what kind of sail would you recommend for these conditions? Maybe 7.7 was perfectly fine… 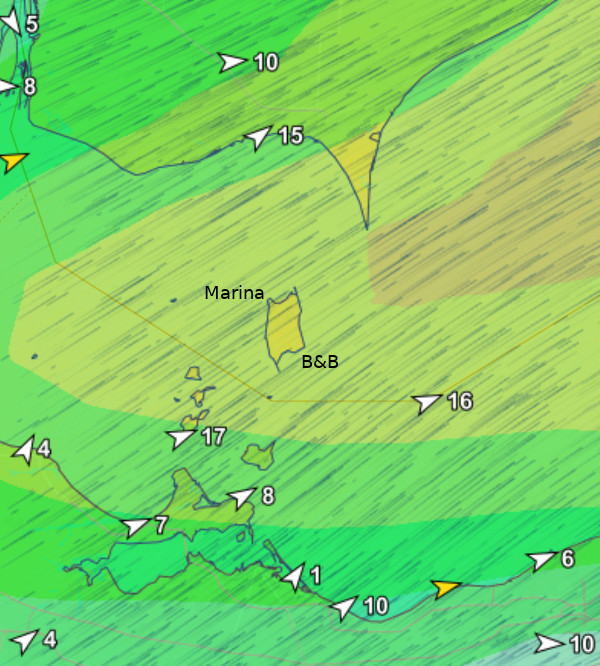 Scudders Marina is nice. They have showers and bathrooms and a few other amenities like picnic tables and soft drinks. Plus, there’s a sweet launch spot on the North Bay right by a pier. I had originally planned to beach the boat on the southeast corner near the Wandering Dog Inn, but the wind would have been totally offshore at that spot. I think it was the right call to launch in the North Bay. the breakwalls and bay offered protection, so the waves were smaller.

Honestly, windsurfing is a challenge for me. There was a big breakwall right next to the launch spot. You can see it in the bottom of the image. It extends maybe 100 yards and could actually lend itself well for photography- putting the viewing angle away from shore a bit. My wife was kind enough to take this vid of me toiling away.

Not that it's anything cool or interesting (it is boring) but you can see the launch spot isn’t bad at all. Maybe better for winds from the north or east. From the west it wasn’t too bad either, but again because of that breakwall I had to go seriously upwind to get started. Once I tacked away from the pier (and fell), I was on a nice broad reach back to the beach. Of course, the video ends almost at the moment when I started moving faster. 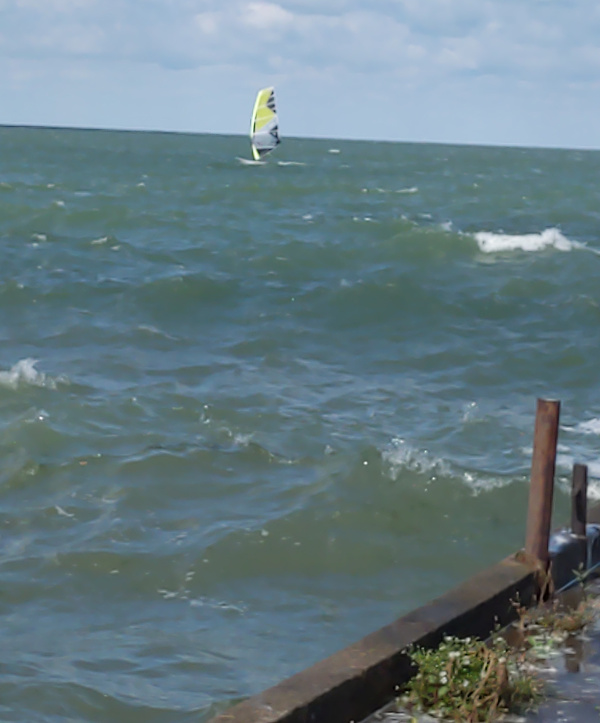 Later my harness spreader-bar actually came loose and fell off. Somehow I didn’t lose it. Holding my speaderbar and sailing a 7.7 in 16 knots with no harness on a broad reach was all I could do. I was exhausted. Once back on the beach, I rested a while then went out again with my harness bar better attached.