While this graph covers the years 1980 through 2016, it might as well be a daily plot of 2017 for the Traverse City area. Despite a few attempts to get planing in, at best, borderline conditions, I've not been on a consistent plane since early-mid July. And that's missing one day in August that I couldn't get away from work in time to get some runs in. Otherwise, we've had nothing but a few short-lived teases here.

The only wind we do get is associated with storms, when you probably shouldn't be on the water (lightning!). Otherwise, conditions seem to be getting worse as the years go by. We used to get several sunny, windy days each summer, but no more. Even the kiters, who generally require less wind (excluding windsurf foiling) are commenting on the lack of wind.

I have my thoughts about why this is, but to avoid political arguments, I'll refrain from saying more; however, I'm wondering what other areas of Michigan & Canada have experienced the past few years. Has it been normal, or worse than usual? 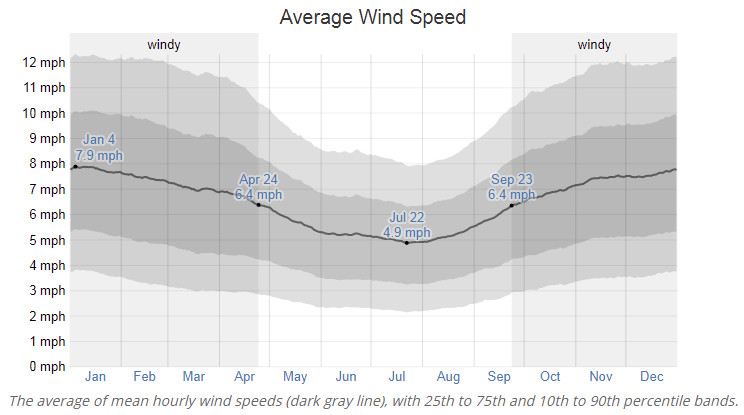 Where did you get the data?   I've only sailed 2-3 times this year in Caseville.  The few windy days seem to come on weekdays and never on the weekends.  August and September have been dead.  I'm seriously looking at getting a foil.

A search turned up a site I'd not known of:

Having made that post yesterday, we finally have some wind forecast for Friday. Hopefully, it'll actually show up and hang in there through the afternoon/evening as I doubt I can get out of work before 4pm. 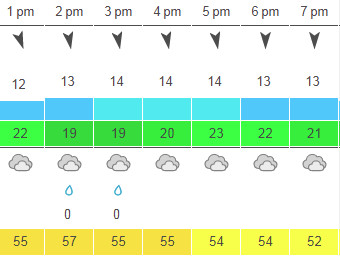 I put cash into boards this year; not sure there'll be funds available for a foil next year, but it increasingly looks like the solution for our trending low winds. Foiling does sound like a different experience/feel than windsurfing. There are several kiters in the area using them, but I haven't seen a windsurfer on one yet.

Finally! After 2 1/2 months of no planing conditions, we got some decent north wind Friday on E. Grand Traverse Bay, & it actually got stronger after work rather than doing its normal die-off. After a few overpowered runs on a 6.0m/107ltr combination, I dropped to a 5.2. Even then, I could have been on a smaller board once away from shore, but I ain't complainin'. There's nothing quite like finding a smooth wave trough to settle into while fully powered. Nice.

Glad to know it wasn't just my imagination...  this has been a really crappy summer for wind.

I did have a ball yesterday at St Joe!  (I just uploaded some pics/video, not yet approved)

I just bought a used 2018 Slingshot Wizard 125 board and 2019 Slingshot foil. Too late to use this year but great prices. I was able to try out board in NC. Looking forward to lots of time foiling next summer!